Full List of Michelin Restaurants for Great Britain and Ireland 2021 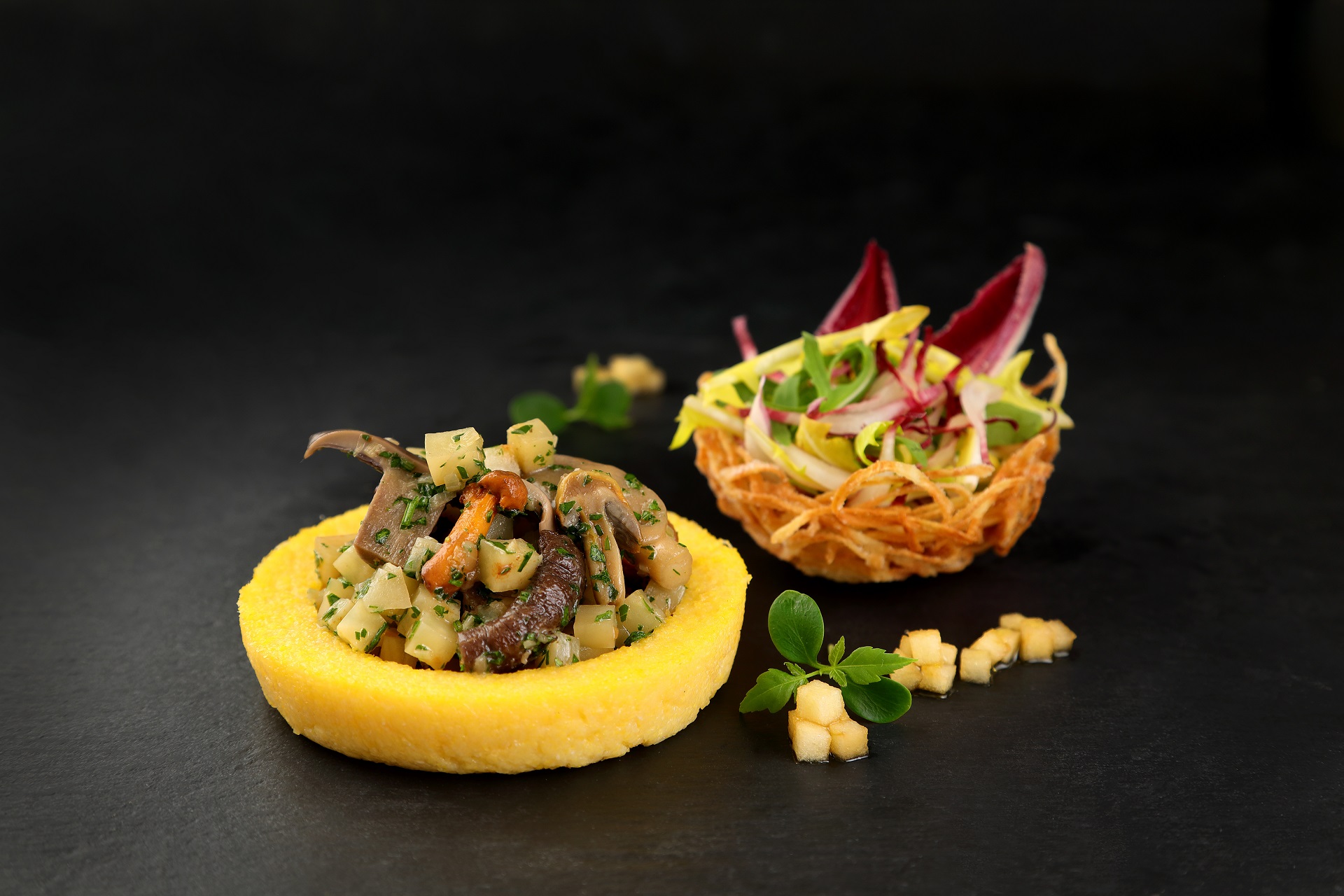 Alfresco, Recommendations, Research, The Best of

No, it’s not an oxymoron. The vegan revolution is sweeping through French restaurants as dozens of elite establishments get set to rule suprême, with plant-based menus good enough to convert ardent meat-lovers. We take a look at the trail-blazers modernising the classical cuisine.

“I was really shocked myself.” David Moore, owner of Michelin starred French restaurant Pied à Terre, was reflecting on the split of vegan to omnivore business, post first lockdown. The London-based restaurant had rationalised its menu choices, introducing new ten-course meat and ten-course vegan menus, and attributed a split on weekend dining to anywhere from a third to just over a half choosing vegan.

The gastronomic menus were welcomed by customers with a greater need for celebratory dining, although price points still existed for a lesser amount of courses. “The big difference emerging from lockdown has been choice,” Moore says, “we have a leaner offering but a much beefed-up vegan choice.”According to Moore, the decision to increase vegan choices was purely a business decision more than any ethical stance. “We had to do something,” he says discussing keeping the business going during lockdown, however he couldn’t see how the traditional Pied à Terre offering could translate to a takeaway service without spoiling. Deciding to work with delivery boxes for customers to finish-at-home, meat was problematic in terms of transport and costs of production to deliver UK-wide, whereas vegan options worked. Implementing the new business model, he says, “The changes we made are changes for the better, which we might not have been able to do, or brave enough to do, pre-Covid.” The boxes received an almost 100% positivity rating and it has clearly now affected the restaurant offering.“It isn’t a radical shift we have made towards veganism, but this overhaul is showing us it’s coming; and you have to be ready. Meat is going to be more expensive and mind-sets are shifting. In fact, I see a time in the near future where our children will be asking if we really used to eat meat twice a day”.

One French chef spear-heading the vegan movement for more personal reasons, is multi-award winning restaurateur, Alexis Gauthier, who owns Gauthier in Soho, London. Gauthier had been working on many varied plant-based dishes and techniques, before becoming vegan himself in 2016. “We were still offering limited meat choices right up until the first lockdown in March 2020, when the balance over the whole week was 30% vegan to 70% meat split.” The daily realities of not wanting to discourage customers from dining had meant Gauthier couldn’t go full blown; “But now when we are able to reopen, there will be no meat at all!” Gauthier announces.

Both views show how the nebulous vegan trend – far rarer in French cooking than in most other cuisines – is gathering pace. Most of the world’s celebrated chefs originate from classic French cooking techniques. “It used to be seen as an insult to the craft,” Gauthier said of how vegans and vegetarians were once viewed. Undoubtedly many other restaurants might not have seen being expressive about vegetable cuisine as a viable career path, when Gauthier swiftly lost his Michelin star after switching the menu focus as early as 2013.

Some might suggest Michelin simply wasn’t ready back then for Gauthier’s lead, however a sea-change has come – Michelin has awarded the first star to a French restaurant in a small coastal town in France, with a 100% vegan menu. ONA, an acronym of origine non animale, made headlines this January when Claire Vallée, its 41-year-old, self-taught chef, succeeded in getting a star after five years of operating. This brings the world total of Michelin stars for fully vegan or vegetarian restaurants of varying cuisines to eight*.

Has the French légume revolution arrived. The achievement of ONA, and growing concentration on vegetables by Gauthier, Pied à Terre and other great French chefs, is a reflection of changing attitudes; gastronomic cooking is having to adapt – and adapt fast. Le Cordon Bleu, the world’s most prestigious culinary arts institute and cookery school, launched a stand-alone Plant-based Culinary Arts Diploma in London in September 2019. The course, a three-month programme, costs £8,150, and has been over-subscribed since launch. Colin Westal, Le Cordon Bleu’s Cuisine Teaching Chef says, “It’s currently the most complete course we run in its own right, because it contains cuisine and pastry, with alumni developing extensive techniques and the ability to deliver refined dishes in both. ”

But whereas prior you might have expected a graduate of Le Cordon Bleu to be 100% classically trained – meaning French – the plant-based course draws from a wider geographic scope, more elegantly summed up as Modern European. The course is receiving lots of attention with Westal reporting uptake coming from an eclectic mix of professional chefs, people changing careers, retirees and individuals with dietary requirements. And his thoughts on the veganism movement sweeping into Europe’s most classical cuisine: ”The industry is changing swiftly. This is why we have undertaken the research, come up with new ideas and developed this plant-based course. Everybody has to do their bit. Everybody is moving with it, and it’s moving at 100 miles an hour, most definitely.”

Discover the best restaurants and enjoy club privileges with the