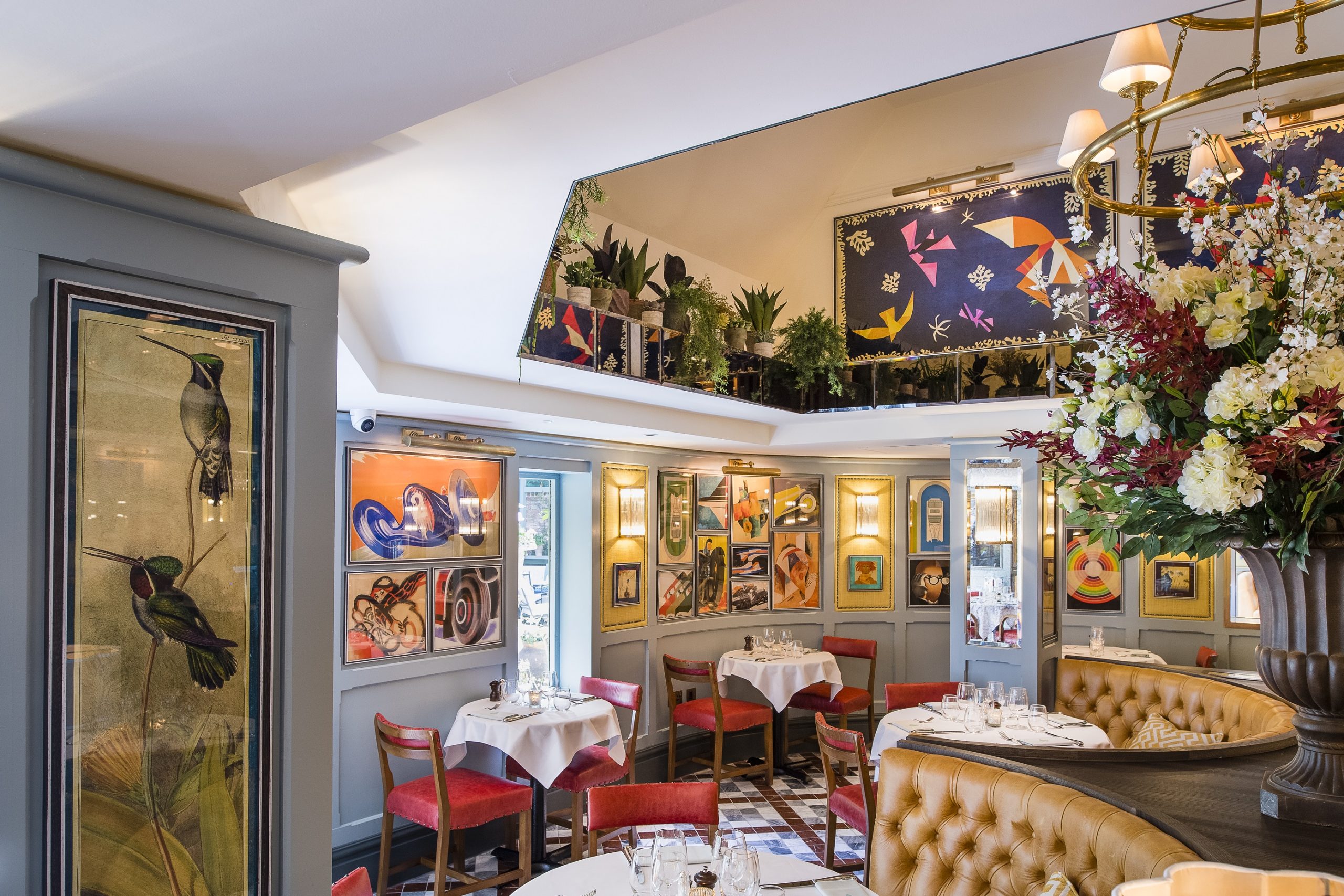 You would expect it to follow that where there are enclaves of wealthy households that a decent diner would be on the doorstep. With the great migration from London to the greener pastures and better lifestyle, does country living offer all its cracked up to be for our pampered and worldly taste buds, or will you need to travel into town to get a dose of international fayre?

We put to the test the top 10 most expensive postcodes outside London to see how they measure up:

Indicates a recommended restaurant by the Luxury Restaurant Club providing privileges and savings up to £95 per visit for members. Details of how to join the Club here.

The exclusive homes on Sandbanks, otherwise known as ‘Britain’s Palm Beach’, has made this peninsula of Dorset a multi-millionaires playground. The biggest house in Sandbanks is currently on the market for £8.75m. It’s a charmed lifestyle but if you are seeking a restaurant with Michelin stars you’ll need to drive to The Black Rat in Winchester, a good 50 minute drive away.

The largest village in the New Forest and where the New Forest ponies freely graze the unenclosed pastureland and forest. Dock Lane in Beaulieu is one of the areas property price pace-setters.

Ascot borders on to Windsor Great Park, Virginia Water and up-and-coming Bracknell. The postcode itself received its first Michelin starred restaurant in September 2017 when Restaurant Coworth Park, part of the Dorchester Collection, attained a long awaited star. Directly in the postcode there are some great choices, but if you are prepared to travel too, then this is one the best located postcodes for Michelin-starred dining in the country with no less than 14 Michelin stars within a 10 mile journey. There’s Heston’s three Michelin-starred Fat Duck, one Michelin star Hind’s Head and Roux’s three-Michelin starred Waterside Inn in Bray. Also en route is The Royal Oak in Paley Street or The Crown in Burchetts Green. In the other direction you have Michelin starred Tudor Room at Great Fosters and Matt Worsnick at Pennyhill Park in Surrey.

Charming busy town with all the credentials for the favoured commuter-belt- 26 mins by train to Marylebone Station, equal distance for M40 and M25, countryside and celebrities. But you’ll need to drive approximately 20 minutes for Michelin dining. Pending your starting point the closest in miles, 12.3 miles to be precise, from the centre is Bray’s three Michelin star Waterside Inn, Fat Duck and one star at The Hind’s Head. Longer in distance by a mile but possible slightly quicker to get to, will be Tom Kerridge’s one Michelin star at The Coach in Marlow and two stars at The Hand and Flowers.

The great commuter belt town with its excellent rail links into London and driving for the M25 has, until recently, had relatively small fine dining options available. Drakes, now The Clock House has rightly held court for many years but until the opening of  Beaverbrook, Lord Beaverbook’s erstwhile former residence and now substantial five star Hotel and (soon to open) Spa opened last year, the area was surprisingly limited on destination dining above good pub grub.

Leafy Esher is stockbroker-heaven providing rural and tranquil living. Halifax once named it as the Happiest Place to Live in a Quality of Life Survey.  But dining is not quite so gastro-rich. The Clock House is going to be your closest Michelin-starred restaurant just under 10 miles away, closely followed by Great Fosters in Egham and The Glasshouse in Kew.

Channel 5 named this as Britain’s Most Perfect Village in 2008 for one of it’s property programmes, it is pitched 25 miles from London and sits on the edge of the Chilterns. Your nearest Michelin starred restaurant would be two Michelin-starred Hand and Flowers, 15 miles away in Marlow. 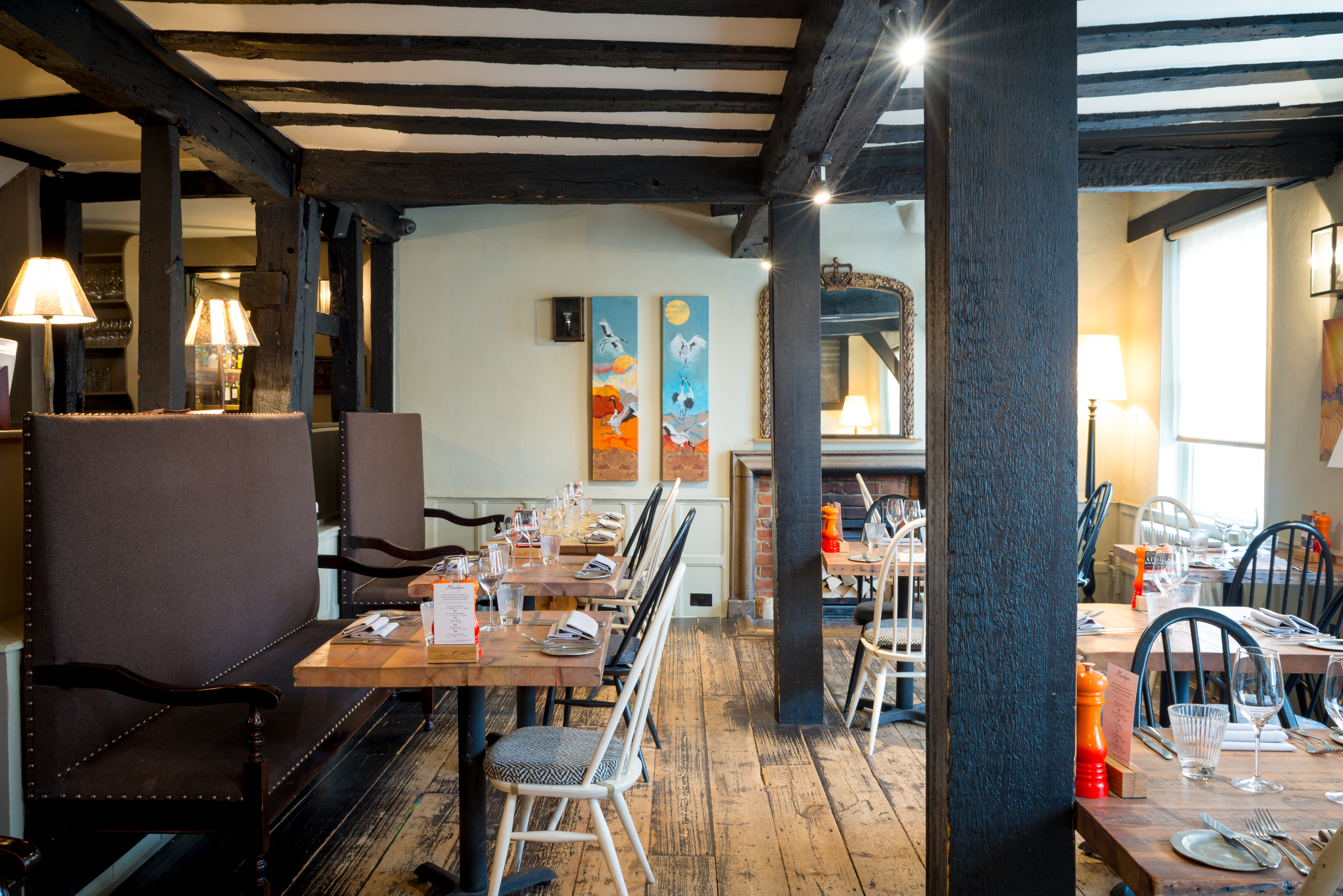 The market town of Beaconsfield has some of the best motorway transport links – easy access to the M25 and M40. Wikipedia references Beaconsfield as ‘Britain’s richest town’ (based on an average house price of £684,474) by The Daily Telegraph in 2008, so since surpassed but its reputation remains. In 2011 the post town had the highest proportion in the UK of £1 million-plus homes for sale (at 47%, compared to 3.5% nationally).In 2011, Burkes Road was named as the second most expensive road in the country outside London. But you’ll still need to travel for a Michelin meal, and it’s 11 miles to two Michelin-starred Hands and Flowers as your closest.

A bustling village centre within close reach for growing number of prestigious streets and gated developments, handy for your Chelsea-football-playing- family-man as the training ground is just minutes down the road. It used to be that getting a Waitrose showed property values, but now it would appear the same for getting an Ivy brasserie, when the chain opened in June 17 to give the town some welcome good dining. You’ll need to travel to The Clock House in Ripley though for your nearest Michelin-star dining.

The most expensive area to live outside London. Perfect for its quick location to the M25, its spectacular lake at Virginia Water in Windsor Great Park, private schools and closeness to Heathrow. Wealthier residents may be members of Wentworth Club, the well-known exclusive club spanning the postcode, where the dining is great grill/ Modern British in a fabulous setting, but for Michelin dining the best food is enjoyed at Great Fosters and Coworth Park on its edges.

Leading to the question: Other than French, Chinese, Italian or Indian, is the ‘countryside’ rich commuter-belt curious for more cuisines? Would the London Michelin hot-spot restaurants such as Lima (Peruvian), Aquavit (Norwegian) and Umu (Japanese) or new openings such as Ikoyi (West African) flourish in these locations. With more of us having flexible working, quicker commutes and the ability to home office, it won’t be long before globetrotting cuisine styles follow the London migration, hopefully. Now that truly would be rich postcodes.

DISCOVER THE FINEST RESTAURANTS IN EVERY PART OF THE COUNTRY