Our Pick Of This Months Pop-Up Restaurants in London

“While the awarding of five rosettes is usually included in our main Hospitality Awards in September, we all felt that we could not delay this award until then. Michael Wignall has transferred his exquisite skills and style to Gidleigh Park and has made this undoubtedly worth of this accolade.”

Wignall and his team only moved to the Devon hotel in January, from The Latymer at Pennyhill Park where he also held five AA Rosettes. He said of the award:

“This is great news to start 2017 and richly deserved by the brilliant team here at Gidleigh Park. We’re delighted that the inspectors enjoyed their visits to the restaurant and are honoured that they have made an exception to give us the award now. We look forward to welcoming both new and returning guests throughout 2017 and beyond”

Three further restaurants have been promoted to four rosettes and twelve to three rosettes including Celeste at the Lanesborough in London and Bovey Castle also in Devon.

Céleste at The Lanesborough, London SW1

Find the finest restaurants nearby you with the Luxury Restaurant Guide FREE App. Download now from www.luxuryrestaurantguide.com. Join Luxury Restaurant Club today to enjoy benefits at many of the properties highlighted above and many more. 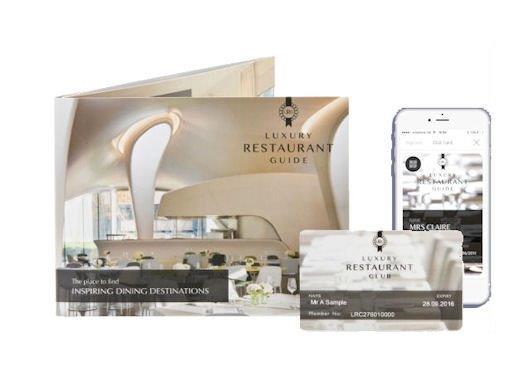