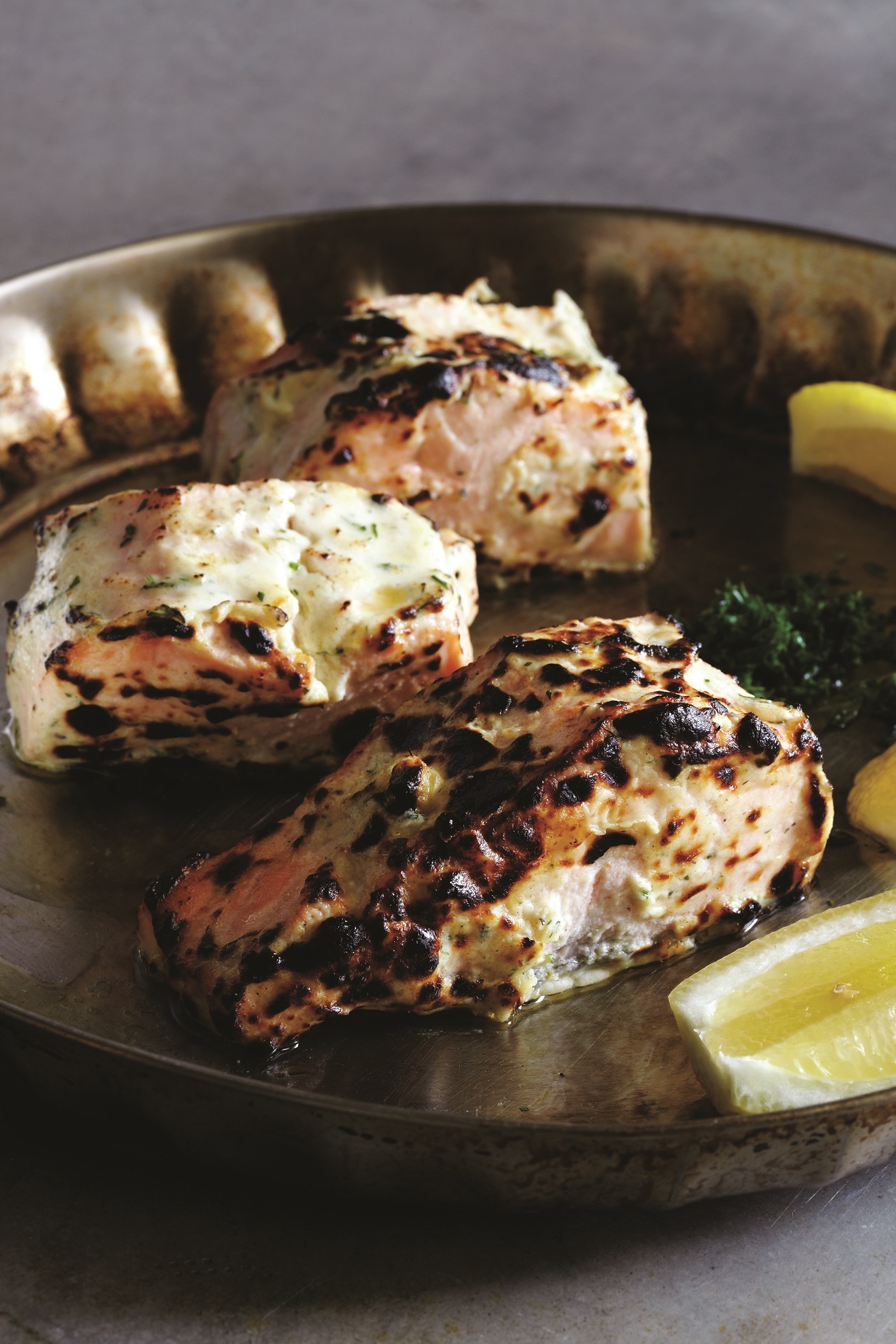 Vivek Singh is one of the most successful and respected modern Indian chefs in the country. He has four renowned London restaurants and one Oxford restaurant to his name: the authentic dining experience of The Cinnamon Club; the City’s Cinnamon Kitchen; Covent Garden’s Cinnamon Bazaar; the first out of London Cinnamon Kitchen Oxford; and most recently Cinnamon Kitchen Battersea.

This recipe for tandoori-style salmon gets an unusual twist from the addition of horseradish in the marinade, a very British combination and a great one to impress the guests with at home.

For the first marinade

For the second marinade

Method: Wash and pat dry the salmon fillets. Mix together all the ingredients for the first marinade, and then rub them all over the salmon fillets and leave to marinate for 15 minutes. For the second marinade, mix together all the ingredients, then rub them over the salmon and leave to marinate for an additional 15 minutes. Use long metal skewers to skewer the fish chunks and place, skin side down, on a baking tray. Roast the salmon in an oven preheated to 200C/Gas Mark 6 for 7 minutes, then place under a hot grill for 2 minutes. Alternatively, place the fish skin side down on a hot barbecue and cook for 10-12 minutes, turning them over every 3-4 minutes, until the skins are crisp and well coloured.Serve with lemon wedges and chutneys of your choice.

TO DISCOVER ALL THE FINEST RESTAURANTS